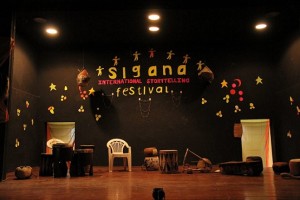 Wangari has been both part of the Organizing Team and featured teller in the Sigana international Storytelling Festival since its inception in 2009 to date. SISF is organized annually by the Zamaleo ACT team where Kenyan storytellers invite tellers from other continents to share their tales and telling ways with the Kenyan audiences. So far, the festival has featured tellers from Sweden, Denmark, Canada, India, Uganda, Tanzania and the USA. For More information: http://www.zamaleoact.org 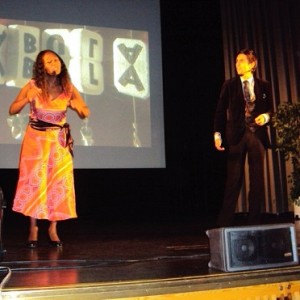 In 2010, Wangari was invited as a Featured Young Teller in the Fabula Storytelling Festival, Sweden that takes place once every two years. She was accompanied by two other Kenyan storytellers from the Zamaleo ACT team, Alumbe Hellen Namai and Githanda Githae. She performed both in the family stage and on the children’s podium, sharing stories in what the audience called Swenglish – a mixture of English and Swedish phrases that the audience shared as part of the interactive story performance. During this festival, Wangari took part in the Fabula Improvised Storyfight for both amateur and professional storytellers and took the first slot alongside Clare Murphy from Ireland. 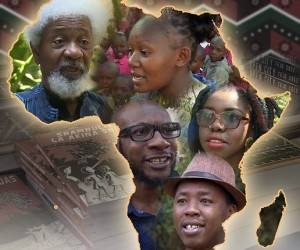 Wangari has graced the Storymoja Festival children’s program as an artist (2012 – 2016) and produced the program in 2017 for the festival’s 10th anniversary. For more information: http://storymojafestival.com/